Not a very early night last night with me shaving my legs into the morning, and waking up at 1:00 pm.  Moisturizing will be dealt with after this.  Then I have to eat and add to my diary before sleep comes.

Yesterday was a lazy day where I didn’t want to get out of bed.  I lazed around until 4:00 pm, where I got ready to go to gym.  I started walking down, but the gym was closed.

I walked back home past Imad’s house but he wasn’t home.

I visited Berenice but she wasn’t home.

I then went to Campbelltown.

I tried ringing Kathryn but she wasn’t home.  Luckily for me I could not contact her, because the mood wasn’t right.

At Pizza Hut I went for deliveries with Simon, William and Silvester.

After about 2 hours, me and Keith drove to my house.  I got a jumper on, and we rang Kathryn.

The conversation was good because I was smooth, and she was drunk.  I asked her out tomorrow night.  She is going to come (to my house for a while) out with us maybe.

While Keith walked into his house I talked with Kathryn and hugged her for a while.  Her legs are still (no words to describe it) scrumptious, I guess.

After some hugs, I walked her back to her house.

Keith then drove us to Macdonald’s, where we bought some food.

Then we drove to Ned’s house, where he was having another gathering.  Congregating there for an hour or more playing cards and calling each other names, Miroslav and Redd then came down.  We left with them.

Moving to Caltex, we stayed there for a while.  We got into Ralf’s car and followed Redd around.  Luckily we lost him because he threw some rocks at this guy’s car that challenged Miroslav yesterday.

Just as I was about to throw my rocks, I saw a man standing at the back of the car.  I threw the rocks down and ran for Redd’s car parked around the block.

Back at Caltex we talked about it.  Keith found a taxi money holder with $30 or more in it.  I stole some Motor oil worth a bit.

From there we left for Car-Lovers to get newspapers.  Me and Shawn got out after a 2-minute wait.

While we were walking, we saw a cop car drive into Car-Lovers.  I thought they were there for us.  Then 4 more cop cars came, including wagons.

Our objective was to get out of the car-park without cops or security seeing us.  We made a dash for Queen Street.

As soon as we got there, we walked right around to Macdonald’s and watched the drama unfold.  We stopped some people coming from the bowl for some phone money, and called Keith.  That didn’t do much, as they left, and we walked to Ralf’s house to see what the commotion was all about.

It was actually that Ralf got his car and license plate seen at Ruse while he was driving past.  They made up a story that they didn’t do it.  What shits me is that if they get in trouble for it they are going to blame Redd for doing it, which he really did in the first place.

The other thing is that if they do get busted, it’s because they couldn’t get their stories straight, because they just drove past.  They didn’t really do it.

We walked to Ralf’s house and knocked on his window.  He came out.  Keith came down 10 minutes later.  He took us to look for the oil that Ralf said he threw.  Not finding it, Keith dropped us all home and that’s the cap for tonight.

Tomorrow is definitely workout day.  After that it is “get onto Kathryn” night.  Then it is dream in heaven time. 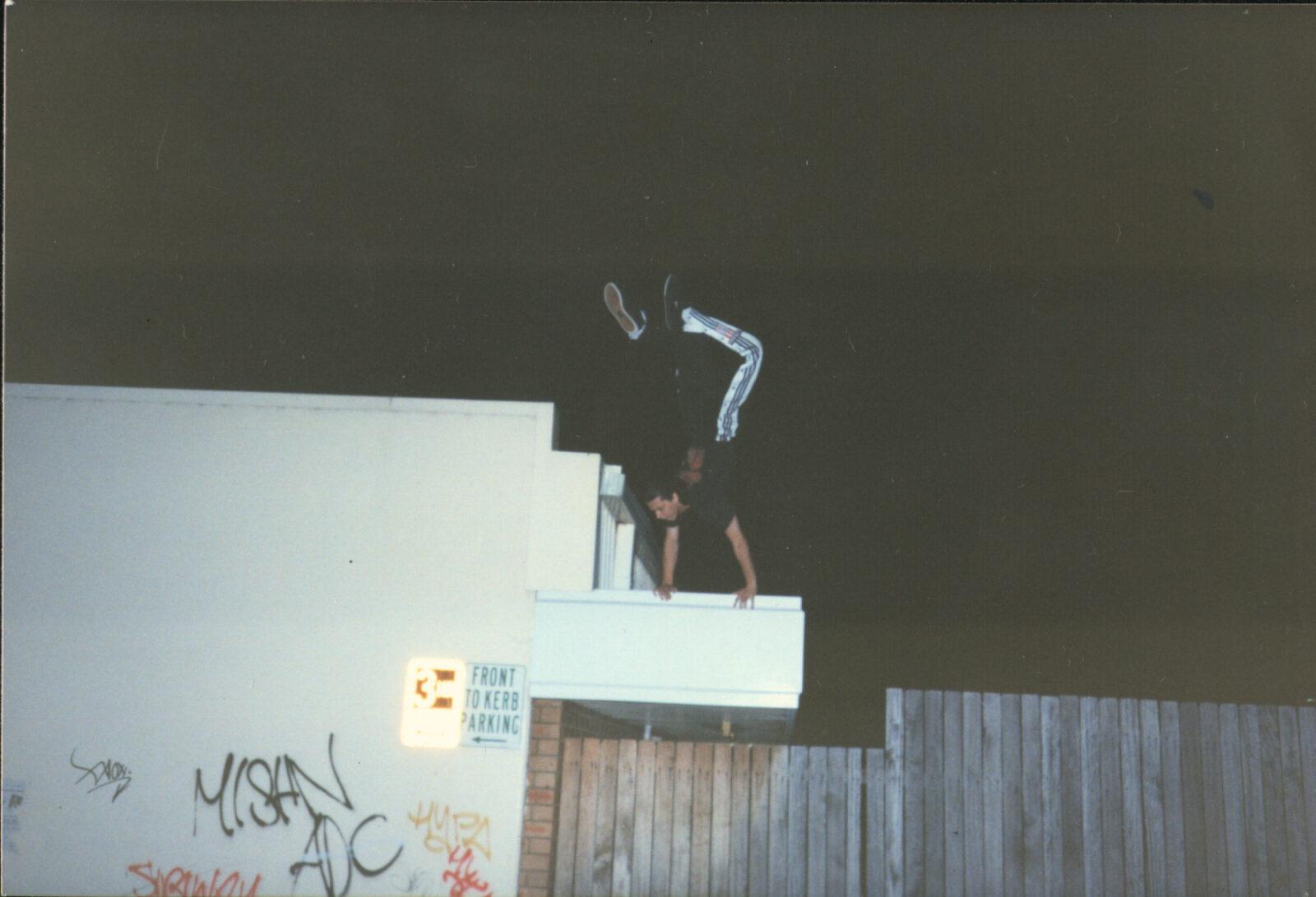