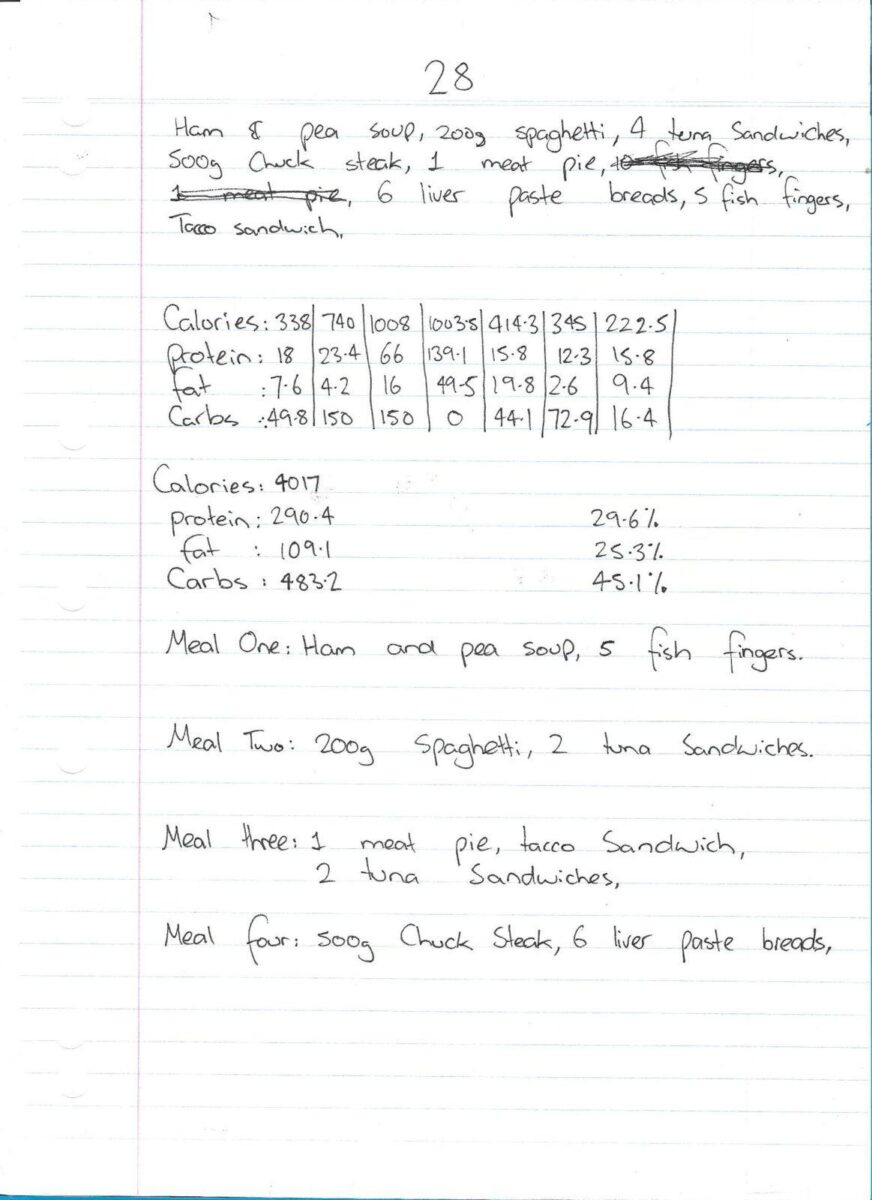 It is now the day of Kathryn ‘s birthday, and to celebrate her birthday today I didn’t do much.

Thinking back now, I really forgot about it, not really forgetting at all about her birthday but the fact that I couldn’t really do anything on a Sunday.

I did call Tatton today and I went over and we went to St Patrick’s college and played gridiron there.  We also did some long jumping.  I jumped around 3.5 meters for the long jump.

After that we went to visit Nina.  She wasn’t home at first, but we came back later.  We just sat and talked with her.

Inside me, I wanted to stay until Kathryn rang on the phone and every time the phone rang, I was wishing it was Kathryn but, both times it was someone else.  I got out of there not really wanting to be there though when Kathryn called.  Fear really, of rejection and of me not being perfect for her.

I left there and until now I still don’t know what or if she talked about me but, she would have my parcel by now.

I want to go to see Nina but I don’t, fearing she’ll hold something back from telling me or she’ll give me bad news.

Today my Legs did hurt and they ached pretty good too.  My calves aren’t that bad but my quads ache something shocking.

I ate a good meal today but the  thing is that because of me the food is running out in this house pretty fast.  I might have to reevaluate my spending on Friday when I get my pay.

After giving money for the gym and the solarium I’ll have $65 left.  Eric is giving me money for some sport supplementing.  I also want to get a 1-kilo tub so that will cost me $50.  He’s only giving me $25, so that leaves me with $40 left.

That leaves me with getting a bandanna and I have to go to Sydney to get it.  If I get this bandanna and it doesn’t cost that much then, I’m going to save some money for some shopping and maybe buy a poster for my walls but, I might have to postpone that as well.

Also I want to get socks but I might get that next time.

For today it was alright.  I still have to eat my last meal but food as I said, is running out and I’ll have to depend on this supplementing to come through.  Come to think of it, I can only buy a supplement to the value of $25 if I want it soon, unless I’ll have to wait a bit.

After tomorrow there is not going to be much meat left.  That’s going to be hard on my body, so I might have to sacrifice for a bit.  I will stop writing out caloric diets for a while until Monday shopping though, because unless I get this protein by Tuesday, it is the end of the week for me.

Next fortnight coming I’ll have to save a set amount of money for shopping for the week say, $20.  $10 for some Protein and meat and $10 for some carbohydrates and fruit.

Have a good Birthday Kathryn whatever you are doing.  I hope you are thinking of me and listening to “Underneath the Stars”.