I was just at Nina ‘s house to wait for a call from  ” Kathryn” in Queensland, and Nina got the phone call.

After talking to her dad for about 20 minutes, she got to talk to Nina.

The news Kathryn gave to Nina would usually be bad news to a guy, but I don’t think I have to worry that much.  Kathryn talked to me and told me Nina will tell me some news but it was bad news.  I already had an idea of what it was.

Anyways after a long talk to Nina, I got the news I was waiting for!

Kathryn couldn’t (or more over what Nina says) see me anymore because she has had offers to go out with other guys.  I believe that.  Also, at least 20 guys wanted to go out with her and she knocked them all back.  Now I believe that too.  Everyone down here including  ” Tatton “;   ” Keith”;  ” Tino”; and  ” Imad  ” also all wanted to get onto her.

I think is she is feeling guilty of letting go of me so she has to make a choice between staying connected with me or going out with someone up there.

Now she can do whatever she wants, she is free.  I don’t own her nor do I need to.  I think whatever choice she makes will be a good one, can she hold out I don’t know but I know when she comes back we will be seeing more of each other than she sees of her dad or anyone else.  And I’ll see More Of Her (You know what I mean).

I sort of knew it would happen anyways.  My horoscope gave me clues, not that I listen to my Horoscope but every week I read my Horoscope and Kathryn’s horoscope to see what they say about us.  So far it’s been right about her luck in Brisbane, Bundaberg.  I’m not really worried at all because the ties we made when she came down here should be enough to keep us together at least for when she comes back.  So “Ten Times A Day”, will happen, eventually.

I’m expecting a letter from her tomorrow so I’ll see what she has to say.  As far as I know of we never said that we were going out with each other but I think we BOTH think that there is more than a Fling that happened late January.

I had a mad stretch of the legs yesterday when I did the splits.

Anyways… when I was doing push-ups before bedtime at about 3:00 a.m. last night I got a cramp in the back of the neck again, just like the last 2 training sessions that I had.  If it doesn’t heal or at least go away by Monday training then I’ll see the doctor.  I’m thinking it’s got to do with the solarium somehow.  It seemed to happen after I had my suntan done up.

I did this when I woke up today.

I felt pretty energetic today.  Shame I can’t work out on Sundays.

I’m going to brush my teeth again tonight before I snooze off around 3:00 am tonight.  I am going to have a shower, do my stretches, and do my deep breathing exercises too.  I’ll also do Typing Tutor.

I’m going to go to the Solarium tomorrow after I go to the Gym.  The appointment is for 7:00 p.m.  In addition, I’m going to see if it persists.  It might have been the pillow that I was lying on at the Solarium.

Now off to play the Piano and Read Muscle mags again and. 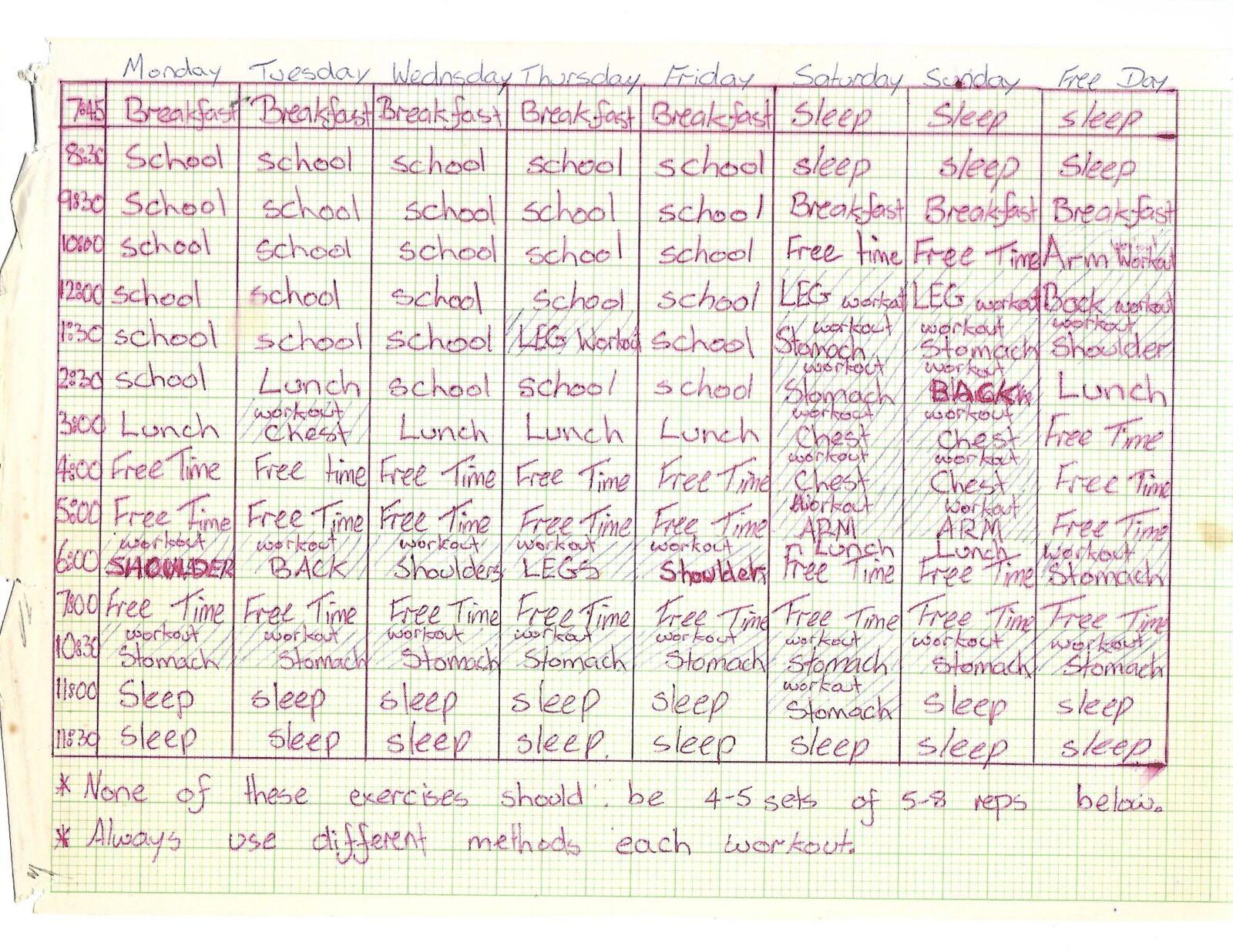