Last night I got rang up by Ned.  He told me to go down to Brodie’s house and he would pick me up.  Down I traveled.

I sat with Brodie talking about his woman Anona and how he met her.

We then got picked up by Keith in his car with Ned and Tatton.  We got in and went to Ralf ‘s house.

We picked him up.  He didn’t want to take his car so, Brodie and Ned opted to walk to the Fisher’s Ghost Parade.

We traveled down to the Pizza Hut parking, got out, and waited for them at the front of Sydney Fried Chicken.  Ralf with his bandanna on had the same kind of look as I did.

When Brodie and Ned came down we met the girls, because Rory dropped them off.

Zayd, his brother and Ali were down there.  I went to greet them.

From McDonalds Down To Parade Road

We all went down to McDonalds, seeing Miroslav down there with his woman, Hudson and some others.  We went down there so we could get Anona from McDonalds for Brodie.

Everyone went to the Fisher’s Ghost Parade.  But I got Keith to drop me off at the top of Queen Street so I could see the whole thing before I went down.

Nothing was up there.  I saw Bane, then Shawn and Bình, Valerie with her boyfriend, and Berenice.  I saw lots more people before I got to McDonalds where I met Brodie, Ned and Anona.

We walked down to the Fisher’s Ghost Carnival, meeting the others in there.  Janice and Tarina were still fighting but not fist-fighting.  That night, Cory was with another girl instead of Harley.

Dario Benetton came up to me because his cousin, Kauri Hohepa was scared of me and wanted to end it, which it already is.  I must have scared him a bit if he can’t even approach me.  He must be intimidated by all my friends.

I saw Imad down there with all the Lebanese.   He had a haircut that Dina done for him, and it wasn’t that good.

After everyone got bored we all went to Ralf ‘s house.  We lounged around for a while with four cars trying to think what we were going to do then.  I went to talk to Berenice and Tarina that was in the back of Rory’s car.  They were going kiss crazy.

Rory wanted to go home but he didn’t do that at all.  Astor was going home, so Bình went home too.  Ralf didn’t want to go home, so he said let’s go in his car.

I was in the front.  Tatton, Tamsen and Keith were in the back.  We went for a drive with the music on.

Then we met up with Miroslav in his mum’s Rav 4.  We met up with him a bit later.  Then we were going to go out and do some shit.

We went to Minto where Harley plays football and he spun the tires.  His car was all mudded down.  We dropped Tamsen off.  Then we went to do some bad shit.

We bombarded all of the neighborhood.  I’m surprised if this doesn’t get in the paper.  We done all of Campbelltown and all the Macarthur suburbs towards Rosemeadow around there and towards Narellan and Camden too.

Terrifying And Boxing A Car In

And When we had Ralf’s and Miroslav’s car, we were going towards Minto.  This guy stuck out the car in front of Miroslav and started yelling abuse at us.  I told Ralf to get in front of him and block him off, and he did.  I then told him to slow him down.  We started to slow him down.

I then flagged Miroslav over.  He came next to us.  I told him to slow down too, and we slowed the mother fucker down to about 20km/h with cars behind it.  The guys who had a full car were shitting themselves.

I told Ralf to stop and I’d get out the car – with my bandanna on – and go to their car to scare the fuck out of them.  I opened the car door while it was still going and they went down a side street… really fast.

We got to Pizza Hut.  Then Imad came down and Rory was down there.  Ralf came back and it was all back on.

We got Imad’s car, and me, Imad, Hudson and Ralf were in that car.  Tatton, Keith, Miroslav and a German guy was in Miroslav’s car.  This is where the newspaper getting fun began.

At first we went to get 2 packs of eggs.  It was for our car.  Rory was with us at this point.  We threw eggs at cars, houses, people who were walking from Hoddle Avenue shops, and we got them too.

When the eggs started to run out, Imad got out a pole.  He gave it to me to start hitting truck mirrors.  I smashed the mother fuckers like baseball.  Then I gave Hudson some shots.  Then Ralf had some shots.

When, suddenly around a corner, we came to a street full of bins.  This is where the chaos came.  We picked them up and threw them at cars, houses, Imad’s car, other bins and just fucked around.

We threw one at a car, then drove up a street, but it was blocked off.  We then turned back and went down another street and it was a dead end too.  We had to go back the way we came because that was the only way out.  We all got down in the car so no one would see us.

We then fucked some more cars up.

Miroslav’s car was following us, laughing and shit.

We went back to Campbelltown to get some petrol.  When we went M.S.P, we saw two guys having a fight out the front of Level 18.  Cops came and stopped it.  We just went around doing more shit.

It was over 3:00 am that night when we finally went home.  We went to Ralf’s house and dropped him off.  Then we dropped me off.  I went inside and went to sleep.

Now I am going to go over to Berenice’s house, because she told me that Valerie thinks that what we did together was a one-sided thing.  I think that Valerie is wrong.  I’m going to see Berenice and see what is really going on with the rape thing.

Tomorrow I am going to the gym.  Keith is going to be down there with me.  Tatton might come down, if Rory comes.

Oh and before I save this article again, Brodie told Alison that Rory is a big slut.  Now she doesn’t like him.  I was talking to her at the carnival and she seemed pretty nice.  I’ve always thought so. 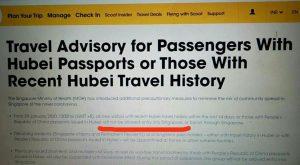 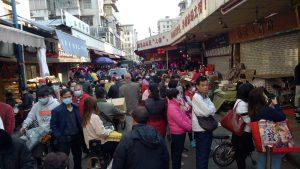