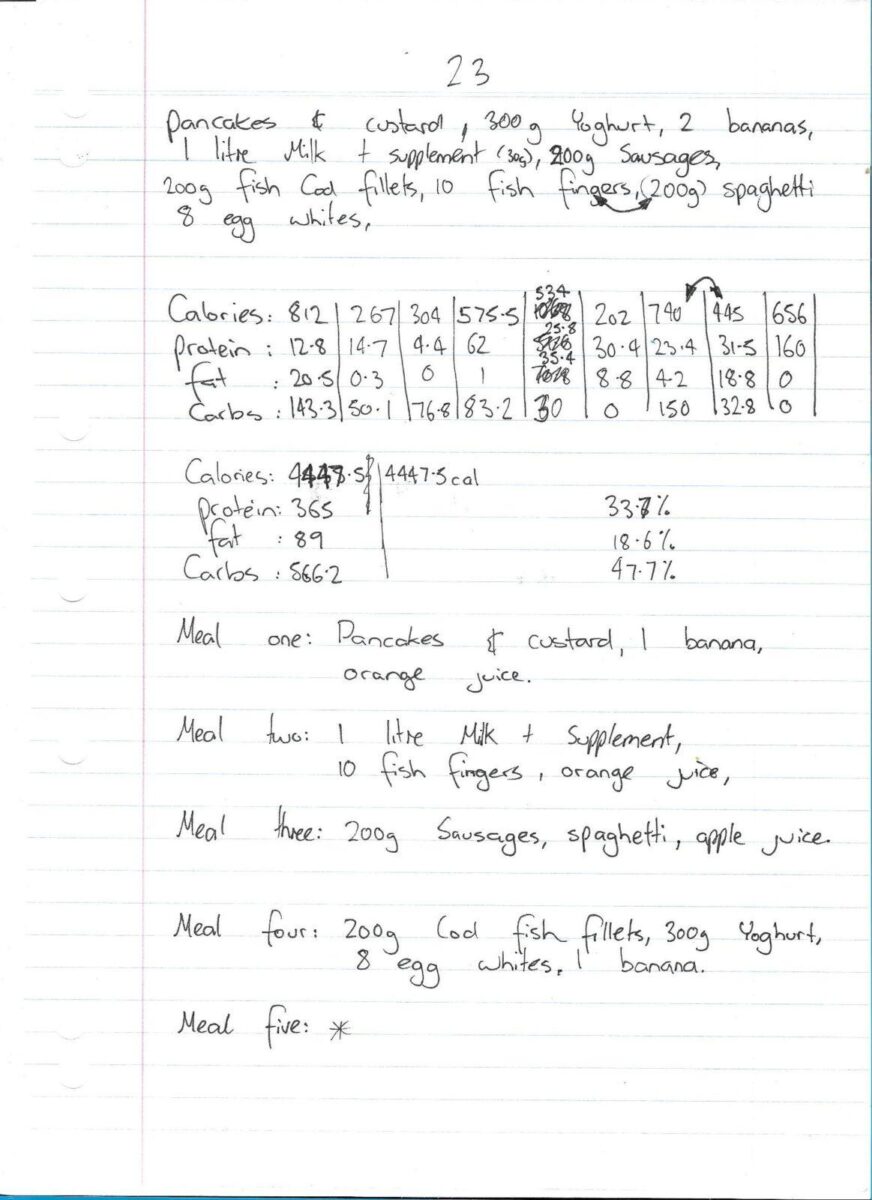 Today was the earliest I have woken up in a while at 9:15 am.  But the weird thing is I had my first meal, then a shower, and halfway through the shower I got sleepy and went back to sleep for an hour and a half.  I went to sleep around 11:00 am so I was awake for one and a half hours.

After I woke up again I had some more of the leftover pancakes.  Then I ventured off to Campbelltown.

At first I went down to check on the photos.  I got them and I saw Janette in the photo shop.  I got my photos and they were pretty good turnouts.  The best was my Bodybuilding one.

I found out that Kathryn ‘s age will be 16 not 17 like I put down on one of her cards.  Well, I do remember her telling me she’s turning 17 this year, so either she lied to me (god knows why they lie about age) or I’m just wrong.  I hope she isn’t too shitted about it.

I rang up Nina today.  Nina rang me back and told me that she got her tattoo on Monday at 11:00 am.  I told her that I was sending some shit to her.

Posted The Letter To Kathryn

After I came back home with that I went back down to Campbelltown to post it.  I got express post, and it should be there tomorrow.

I then went and got 4-5 kilo’s worth of chicken.  I rode it back home from Campbelltown.

Losing Focus At The Gym

I then had my second meal.  I went to the Gym a bit later, but I was only 70% in the mood.  I could lift heavy weights and I was kind of thinking straight, but I wasn’t all there, and the intensity could have been better.

I can feel my Chest a bit from yesterday around the shoulder cavity of the Pecks and also I can feel my Biceps at the Insertion to the Radius and Ulna.  I worked the Abs pretty hard too.

Here is the gym routine.

It’s only 8:03 pm and I only have one meal left to eat.  That’s good because I can take my time to have it.

Here is my Dietary intake for today.

So there you go, all in a day’s work.  Hopefully by tomorrow’s back, triceps and shoulders workout I’ll have enough endurance to take me through a great workout.

I am looking forward to going to the solarium tomorrow because I can ask if they need any help at all.  If they don’t then I’ll ask them if I can get any work experience.  If still no, then I’ll just keep doing my norm.

I weighed just over 72 Kilos today just before working out.  Tomorrow I am going to weigh more.

I saw Brodie today.  He said he is going to move out with Astor within 2 weeks from now.  I say good on him.  If I was ready I would move out too but I’m not committed yet.  Anyway I’d be better off moving out with Jett because he’s a sick cunt.