Today was an end to a lot of things and a start for some new things.

Today my passion for Emma from Skillshare has burnt its last flame (for now anyway).  She doesn’t seem to talk to me as much or listen as much.  Lately it’s been Jeff, but I’ve got a life to live so I’m just going to finish the course and get my WordPerfect 5.1 Certificate.

I got to use the new computers today at CES.  They are touch screens and they make looking for a job so much easier.  I looked for three jobs and have to call one back tomorrow at 5 pm to see what is happening and when I can get an interview.

I am also officially off the dole unless I can go and explain why I should be on the dole.  Case Management is fucked and they should fuck it off.  They have not helped my one bit so far, only fucked me up a lot.

If I don’t get a job soon then I’ll have to depend on mom or my brother for money, and I don’t like depending on them for money.

Kathryn has a New Boyfriend

Kathryn doesn’t come down for a while too.  She came through that she was living at a different house as to what Nina and her dad thought.  Of all the time I knew Kathryn (about 2 weeks) she shared everything with me, and she told me the truth about where she lived.   I think that is good for me and I feel proud to have been with her for that short time.  Although she has a boyfriend now I am still going to “SEE” her when she comes back because I know she is going to want to do the same, even if she doesn’t want to do the same.

I went to the gym today and worked out for about 45 minutes and in that time Valerie (the one that I like) was working out in this singlet and stretch pants.  She looked decent and she has a nice pair.  Not that I was looking at her all the time.

In fact I was concentrating so hard today that at the end of the training session I forgot my brother’s Adidas jacket and all that night I was acting like I was doped out and I was talking slow and I couldn’t remember names and shit.  In other words I was so mentally into my workout that I didn’t have enough mentality for the rest of the night.

Today I didn’t eat much.  This is what I ate, work it out…

I can’t really be bothered with the calculations now but it’s no more than 3000 calories.

Today I weighed about 71.5 Kilos so, I am going down in weight and I will go up within the week to 73 Kilos.

This is what I actually did in the Gym Today.

After Gym I went and met Keith and all the others.  At the start there were 5 cars going out with about 8 people who were, Me, Keith, Ned, Janice, Mandy, Ralf, Rory, and Shawn.

Ned and Janice and Rory split later after that which was a big mistake.  When they were there we were doing screechies and lifting up the back wheels of Rory’s, Ralf’s and Ned’s car and doing 360’s in the dirt up at Kentlyn.  That got boring, so we left Mandy and Keith alone together (not that they did anything) and we decided to go for a ride.

We got out of the driveway into the close off and Shawn (whose car I was in) started doing burn-outs in the gravel.  We started riding to the other close-off and we saw a car of 4 girls and a gay guy who we drove towards in the close off we were in.  We decided to scare them so I told Shawn and Ralf to back up and block them off so they couldn’t get out.

Ralf thought, “Lets chat them up”, so we backed up but they started driving away.  I thought that’s not nice and I told Shawn to go chase them.  Shawn told Ralf and he put his turbo on and darted off after them.

Then I told Shawn to slow them down so he started slowing them down and they slowed down too.  Ralf overtook them by then and we told him to stay on the other side of the road and slow down.  He didn’t, and we ended up stopping before a turn off and let them go.  They were shit scared because they took that corner pretty fast.

After that we went and bothered Keith by sneaking up to him with the lights off and found out they weren’t doing anything anyway.  But, Keith looked like he had a hard on over her.

Now I am going to go through my old training sessions to check the maximum weight I have done on each exercise, as well as to check how much I weigh. 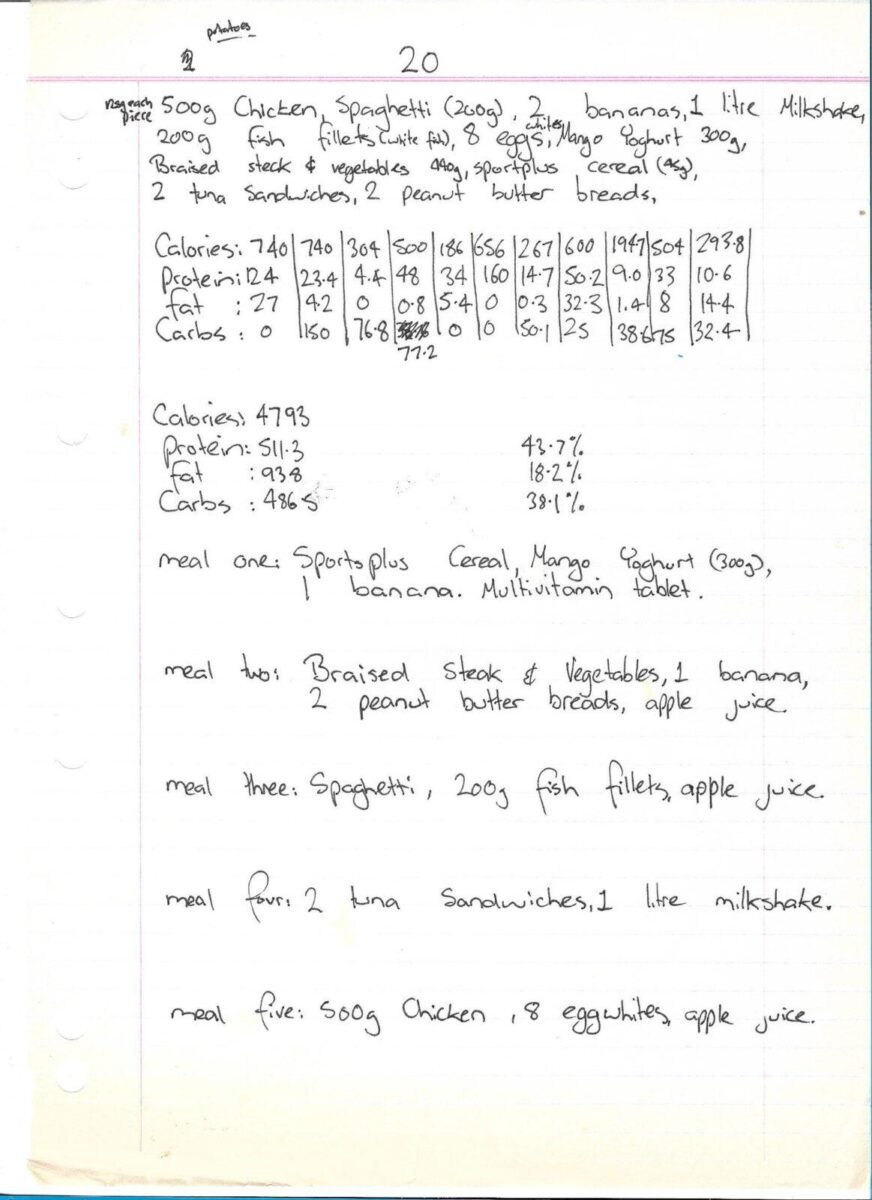