I’ve worked out my Daily Eating Plan today so here it is.

Today, I am working on the Shoulders, Triceps, Forearms and Abdominals.  This is the Program that I might follow in the coming weeks, until I get into double splits.

That’s the Routine for a while starting from next week.  Right now I feel mentally aware but I could do with a bit of body awareness.

I feel that I have an Average Workout ahead of me today.  I will only do compound movements to build up the muscle, except for the shoulders where I will have to do shaping exercises, but I will use Dumbbells instead of Machines.  Triceps will be heavy and Forearms will be O’ natural.  And, what can I say for Abs. 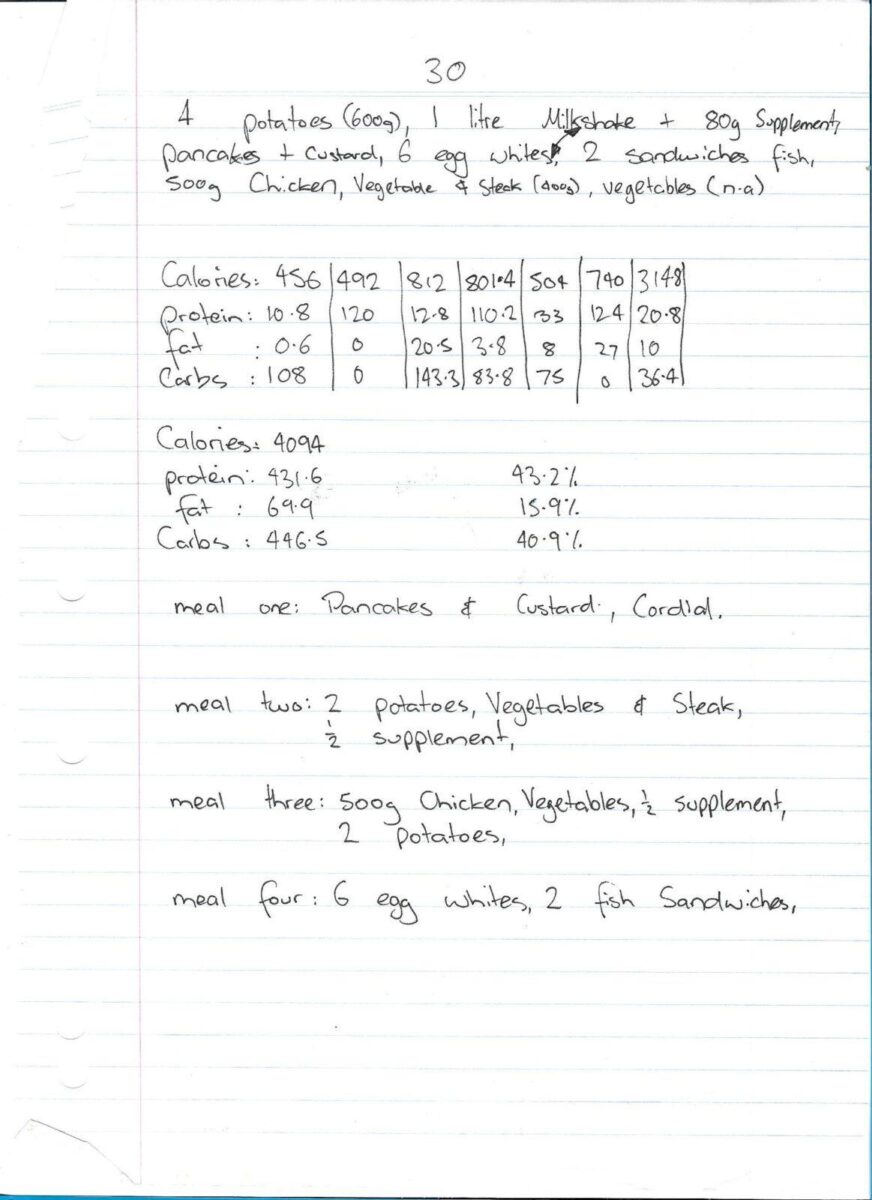